Why is PS4 Outselling the Xbox One?

One the most classic debates that gamers around the world encounter: which console is better, the PS4 or the Xbox One. Ever since their release, these giants have been going back and forth, trying to entice their players in buyer their console. While many players and game analysts formed their opinions, the edge on which console was better wasn’t really that significant. One month you would see one over the other. However, in 2018, the PS4 is outselling the Xbox One by a large margin. According to TheVerge.com/circuitbreaker, https://www.theverge.com/circuitbreaker/2018/5/10/17339012/playstation-4-vs-xbox-one-sales-ea-microsoft-sony-ps4“At the start of this year, Sony said, “the PS4 has now cumulatively sold through more than 73.6 million units globally.” So that leaves around 29.4 million Xbox One consoles to fill out the remainder” This leaves a huge margin for Microsoft to make up. 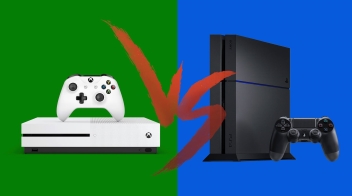 Overall, for these 2 reasons alone, the PS4 outsells the Xbox by a great margin. Due to the early lead that PS4 gained, it allowed for more leeway into the other areas, from there it skyrocketed past the Xbox. The main reason why people choose the PS4 over the Xbox One is for the titles. By heart, the two are consoles, no matter the extra features it offers. Consoles are meant for playing games, and in terms of games, the PS4 takes the cake. With only the increasing popularity in the exclusive PS4 titles, the sales of the PS4 will continue to rise above the Xbox.